What the 2020 election made me realize

To be honest, it wasn’t just the election. It was the year long preparation to the election, which included a long pandemic that still has no end in sight. I’ve been trying to be more observant, less reactive – noticing my feelings but being able to set them aside in favor of curiosity and learning.

Watching people, reading their facebook posts, tweets, instagram stories has been eye opening – coupled with stepping back and trying to understand where they were coming from, particularly when the views were so different from mine.

What I learned in this past year, which is in no way a final understanding of anything, just where I’ve come to at this moment in time is what I want to share here. But I’ll start with laying down a foundation.

I have a bachelor’s degree in Philosophy, a master’s in Social Work, some clinical experience, and 3 years of teaching a college level student development class focused on positive psychology, self care, and mindfulness. Since the information in the course is evidence based I continuously comb through research from experts in the field. A note I feel is sadly necessary to include is that I am not part of the radical left, I don’t watch CNN, and I acknowledge that Biden has his share of issues.

A lot of what I’ve picked up in my years of education has been counter to how I was raised at home (with biases and without a space for emotional safety). Often times, when I see people take a polarizing stand in support of Trump I see similarities between my upbringing and their complaints.

In many ways, it feels like people without an understanding of history (as well as science) and particularly the history of racism have very strong views on the plight of African-Americans in this country, or undocumented immigrants, or individuals who identify as LGBTQIA. It’s understandable. It is easy to judge behavior if we only look at the surface. If we simply don’t know about something, then that foundation doesn’t exist for us. What fuels this judgment is not just ignorance but a lack of empathy and understanding. (It is precisely then that misinformation can gain the strongest hold.)

I dedicate an entire class to this (and unsurprisingly my students report it’s their favorite one). The class is based on Louise Evans’ book and TED talk “5 Chairs, 5 Choices” which we all watch. Louise has created 5 different hypothetical chairs we can sit in, each chair determining a different and intentional focus of our communication towards another person. For example, the red or jackal chair, is the chair in which we are defensive and reactive. Louise says that most of us sit in this chair fairly often. By comparison, the purple or giraffe chair is one in which our intention is to maintain connection with the other individual or party no matter what. In this chair we become empathic and curious about what’s going on with them. This is the chair in which we have the most control of our emotions, and it is the chair that is likely to lead to the highest outcomes in our emotional wellbeing as well as in cultivating connection and even happiness.

Once my students go through the activity of sharing how they would approach the same situation by physically sitting in each chair, they experience the multitude of ways we can respond to something. All students who have done this activity have shared that the chair they feel most in control and most comfortable in is the purple chair. Yet all students also share that the chair they feel they sit most often in is the red chair. It’s unsurprising and I find that most people who support Trump (and even those who oppose him) often speak from that chair.

Brene Brown is known as the holy grail in vulnerability research, having spent at least a decade researching the topics of shame and vulnerability. Her TED talk “The Power of Vulnerability” is one of the top viewed TED talks ever. I have an entire class on this too, although this topic isn’t as clear cut, understandably it’s less comfortable and less easily understood. My students approach it very cautiously and much like Brene shares herself, when she first found the patterns in her research she was genuinely upset because it wasn’t what she was hoping to find.

Brene (I say it informally after having studied her for so long she almost feels like a colleague), has found through extensive research that the core of a meaningful life, a life in which we feel seen and can see others, is an excruciating vulnerability – a choice we make to be authentic and to show our true selves and take risks even in the face of it all possibly not going in our favor (risking emotional pain). I find vulnerability to be a sort of mash up of authenticity and bravery (in fact Brene says we can’t be brave without being vulnerable). This country has a vulnerability problem. People are uncomfortable with their emotions and (much like Brene has found in her research) use distractions to numb our feelings. We turn to our phones, media, alcohol, whatever we can to not have to “feel our feelings”.

It’s in line with our values of tough love, of “pulling ourselves up by our bootstraps”, of no crying in baseball. Tough love, or shame as it’s known in research, is shown to be more harmful than helpful. Shame fuels disconnection, and forces us to shut down or numb our feelings. And yet this is the norm of emotional response all across the country. As an educator and mental health professional, I recognize the importance of emotional intelligence, or teaching self-awareness, mindfulness, and emotional regulation. I also recognize that most Americans not only lack the access to the education I’ve had, but are simply not interested in making any changes. Growing as an individual is in some ways a privilege, the millions of Americans working multiple jobs to make ends meet or trying to survive in toxic family environments are not thinking about their emotional reactions. The only other option, if making personal changes is not realistic for someone, is simply to find validation for the norms that we already feel deeply rooted in. To find mirroring behavior that makes us feel like we’re right.

Trump is the very person to have provided this platform. Trump has made it perfectly acceptable to be angry, reactive, annoyed with everything and everyone. Trump has displayed the opposite of emotional intelligence. There is no portrayal of deeper thinking, of curiosity, learning, understanding and certainly not empathy. This is not a judgment call, this is purely observation. As a mental health professional, I recognize the value of these things, and I also know, based on the research, the negative implication for quality of life and emotional growth of Trump’s behaviors.

Trump has displayed bullying behaviors consistently throughout and even prior to his Presidential term. Even now, he has been making wildly false accusations about the system of voting (which our democracy is based on) itself. We know from the research that bullying behaviors are unhealthy and yet these are the behaviors that people are flocking to, in an effort, from my observation, to avoid going inward and processing their own emotions.

After the murder of George Floyd, the protesting and rioting that ensued seemed to truly polarize people. When I started to notice my own reactions, I decided this was a good opportunity to really check in with myself. What was bothering me about this? I have been talking about being honest with myself, learning and growing and just accepting that I had strong feelings seemed like the opposite of that. So I dug deeper. I started to ask myself, where are my thoughts about this coming from? What do I really know about what’s going on? I began to acknowledge some pretty long standing biases that I had. I also realized I don’t know that those biases will ever go away, but if I can be aware of them, I can also choose whether or not they influence my thoughts. I also acknowledged that I truly didn’t understand why people were protesting and rioting. Most people who have strong feelings about the protests don’t understand why, often they single out a surface behavior (such as looting) and are unable to separate the action from any other behaviors that could be happening in proximity. If there is no understanding about a general group of actions, then all we are doing is having an emotional reaction to the surface behavior. It follows that a lack of understanding leads us to be reactive and form strong opinions that are only rooted in our feelings. Seeing things as black and white – something I have seen too much of this year, is dangerous. To say “all democrats” or “all republicans” is to not acknowledge basic humanity and variances all across political parties, genders, educational levels – all the different categories in which we feel comfortable lumping people together.

If we only ever judged everyone by their surface behaviors, we would live in an incredibly shallow and misunderstood world. The types of places where this pops up the most is in the comments section of instagram and facebook, and in tabloids, even Trump rallies. People react without taking any time to understand. This is what I’ve been witnessing all year long, in people’s response to the pandemic, in Trump’s rhetoric, and in response to the waves of protests following the killing of George Floyd.

And this is where it all culminates. People’s feelings are often based on so many factors. They are often simply reactions, indicative of a lack of understanding or even awareness, displaced anger or frustration, and more often than not, an attempt to avoid sitting with and understanding where our feelings are coming from. (We know the basic model of cognitive behavioral therapy is that thoughts lead to feelings lead to behaviors). What I’m seeing is a whole lot of thoughts that are not based on fact causing real and strong emotions leading to destructive behaviors. What’s even scarier is how misinformation is spread because it clearly appeals to our emotional reactions. I have seen people sharing information with such confidence and yet making no effort to find out if it’s actually true. This has been the case with Trump’s statements last night and leading into today, as he has incorrectly made statements about the law and electoral process, with his supporters (seemingly) unquestioningly believing every word.

People are not necessarily very emotional, they’re very reactive. And reactivity is not considered to be a healthy coping strategy. Reactivity, most generally associated with a “short fuse” is the very epitome of a lack of self-awareness and emotional processing. It’s associated with higher cortisol (stress hormone) levels, which actually cloud our thinking.

The reason for sharing these thoughts was simply meant to be cathartic. I woke up this morning to (understandably) no declared presidential winner, and to a barrage of misinformation from Trump and Fox News. I felt – and still feel – discouraged. I wanted to process what was happening. I don’t feel smarter or more intelligent than anyone else. I simply feel aware – and more honest. In taking a step back and assessing my own feelings, in attempting to understand where others are coming from, I feel as though I am able to see a multiverse while others only (choose to) see things at the surface level.

I’m sad because I understand that the political situation right now is only a mirror to a much deeper, much more damaging problem with our country. Regardless of what the surface issue is (like a political election), the deeper issue will continue to impact all of our behaviors individually and collectively, and that’s what worries me the most. 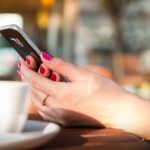 What the 2020 election made me realize