Wedding planning can be pretty stressful, and I was definitely not prepared for the challenges of putting such a big event together. Though there were many difficult vendors and issues along the way, none were quite as burdensome as working with The Cinnamon Snail. In fact, halfway through the process, I had an actual emotional breakdown. 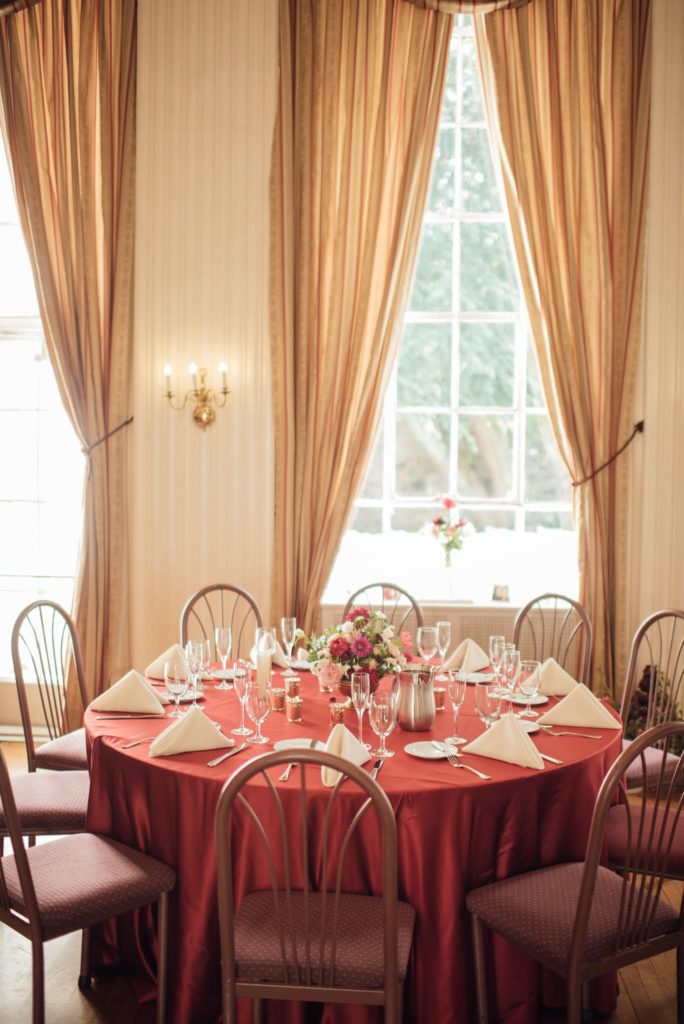 Why We Chose The Cinnamon Snail

Initially I had heard about Jay Astafa Catering as being the creme de la creme of vegan caterers. In fact, it was the only full service vegan catering company that came up on Google. I reached out and after some back and forth we went to try their tasting menu. You can read about that experience HERE where I share why we ultimately didn’t go with Jay Astafa Catering.

I was reaching out to lots of different vendors, but nothing felt right – either the dishes appeared underwhelming from the description, or it was out of our budget. Then I saw a post on Instagram from The Cinnamon Snail (where up until then I’d only tried their desserts), saying that they do catering and to contact them today! I thought it was a sign. Here I was, fresh off a breakup with a difficult vendor, and here was the Snail, a seemingly new open door. Also, when Josh proposed (in Bryant Park), we actually walked over to The Pennsy, one of the locations which houses a Cinnamon Snail outpost, and celebrated with an array of their sweets. It felt right. I reached out immediately.

I heard back from the catering manager, Carmen, who seemed sweet. She let me know about their options for catering. The most expensive option was only $66 pp but only included 4 appetizers and 2 entrees. For a buffet, that seemed strange. I couldn’t picture a buffet with only 2 options. We went back and forth as these things typically go, and Carmen assured me that they would accomodate all of our needs. Cinnamon Snail tends to be on the spicier side but we were assured that it wouldn’t be a problem to lower the spice level.

Eventually we set up a tasting, and visited their kitchen in Brooklyn with our moms, again. The food was great. We were pleasantly surprised. Everything looked quite lovely on the plate. The seitan al pastor empanadas appetizer was generally too spicy for everyone but otherwise, we liked the food. Adam, the owner and chef, was also enjoyable to be around, with a very quirky personality and presence. We felt like we might be in good hands.

However, at the tasting, Carmen let us know that she was leaving the position. Maybe that should have been a red flag, but time was running out and we knew we had to book someone soon. 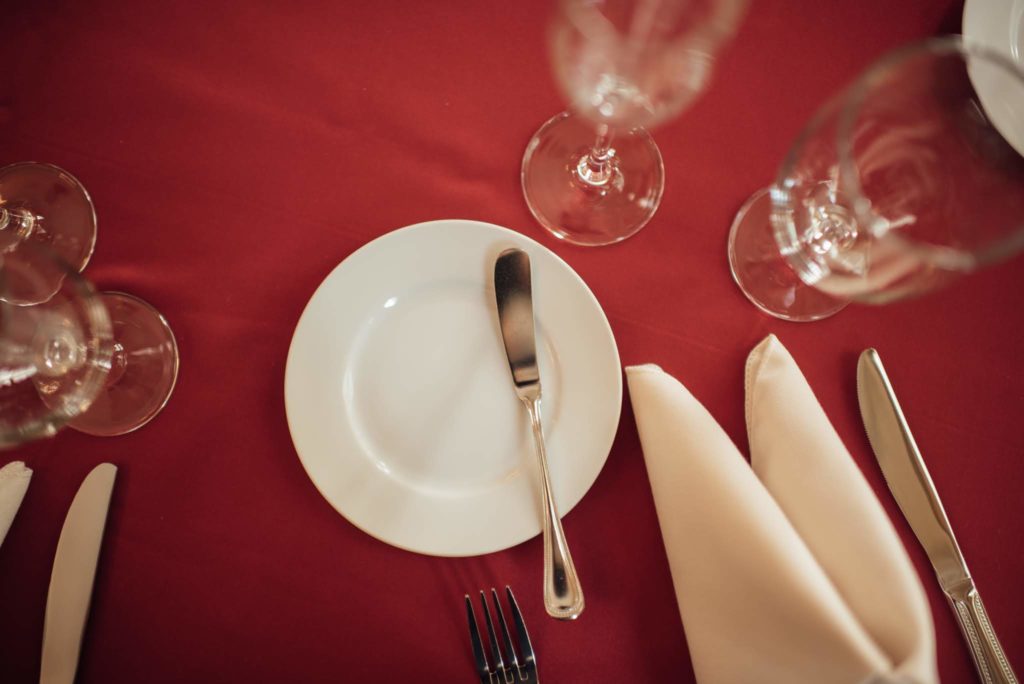 We had just just switched vendors after working with Jay Astafa for a few months, where everything was customize-able. CS (Cinnamon Snail) seemed to have difficulty with customization. Each time I asked for a change, it wasn’t documented properly, so that when I received an invoice, the changes weren’t accounted for. The amount of emails sent back and forth about correcting the invoice was staggering. CS hired a new catering manager, who obviously wasn’t competent at the job yet, but was given the responsibility to manage clients. She acted as a middle man, and it would have been much quicker to just speak to Adam directly. She had also given us wrong pricing information, which confused me even more when looking over the invoice (which she had sent even before we finalized all of the details).

I felt like not only were they being pushy, as in, just pay us, but the invoice said there were no refunds or changes, so I wanted to make sure that everything was written down correctly before giving them a down payment. Although CS didn’t have a service charge like Jay Astafa did, their prices likely more than made up for it. Whereas with Jay, an entree serving was $6 per person, with CS it was double that. Jay was very flexible with desserts and outsourcing things, but Adam seemed uncomfortable and wanted to do everything himself. I can certainly understand that, but as the customer you get cheated because the prices he was charging were ridiculous.

I had requested a special cheese,crackers, and fruit add on for the cocktail hour. I asked Adam if he could source a vegan cheese from a known vendor like Miyoko’s. He said he would make it himself. After the wedding, we ended up with all the trays of cheese because it was inedible. We had to throw it out.

One of the saddest moments was when my husband and I finally got a chance to sit down and eat at the reception. The food tasted nothing like it did at the tasting! Things that weren’t spicy previously had somehow become spicy. We ordered roasted root vegetables after the tasting (not having tried them) and they did not taste good at all. Everything had the same underlying flavors. We ended up with most of this dish after the wedding and after freezing several containers for a few months, threw them out.

My mother really wanted fresh fruit for the dessert table and Adam quoted us $7 pp for sourcing the fruit himself. For 100 guests, that would be $700. All we wanted were some grapes and berries. We respectfully requested to source our own fruit. I believe my mom paid less than $200 for two large platters from a local restaurant.

We asked if bread and butter would be provided and were told that the food was filling and they typically don’t. I have never been to a sit down dinner where bread wasn’t provided, so we had to make a special request for that. Although we initially agreed on butter, later there was talk of oil, and butter suddenly became $22 extra.

When I asked for some olives for the cocktail hour spread, he actually quoted me at something like 70 cents per person.

When I asked for some olives for the cocktail hour spread, he actually quoted me at something like 70 cents per person. All I was asking for was a large jar of olives that costs a few dollars at the store. It seemed like it was more important to Adam to make a few extra dollars than to make a customer feel appreciated.

I asked for a list of items that they need, as they don’t provide any of the serving dishes, even for their own food, like the chafing dishes, and trays. I had to ask multiple times but eventually didn’t even get the right information. Since I was ordering these items from a rental company or buying them myself, it was really frustrating. They were not helpful in working with me to ensure that we had everything necessary for a sit down dinner. At the last minute, I was ordering small plates and knives for bread. I should have had a comprehensive list but they only sent over what they needed, and even then – it was incorrect and incomplete.

We were going to provide our own alcohol but hire bartending staff through CS. Adam seemed really hesitant that 2 bartenders could handle 100 guests. My friend convinced me to go with my own bartenders (he works in nightlife and recommended two veteran bartenders that he could vouch for), who both said that 50 guests per bartender were the standard. I could tell that Adam was annoyed. He was likely annoyed at everything I did and all the changes I requested. Running a business, opening up new locations is stressful, but they don’t appear skilled or experienced enough to handle catering on top of that. They didn’t have any photos of how their previous buffets have looked, which should have been another red flag.

I could probably go on and on about the details of how frustrating it was to deal with this vendor. The only saving grace was that the staff seemed great on the wedding day (except a nice young waiter that came up to me right after the ceremony to ask a logistical question about when to serve the dessert? I directed him to my wedding planner. I had hoped that the staff would have been told explicitly beforehand that all questions should go only to her). The staff was very sweet otherwise and very pleasant.

Since we had so many moving parts, I asked Adam if he would be there on the day of the wedding (as most chefs are) and he said he’ll see but most likely not. He did end up being there at the wedding (a wise decision) to make sure that everything went smoothly. He also brought a lovely little cake for us as a gift, with beautiful sculpted love birds on top. It was a lovely token, since we chose to go with another wedding cake vendor (just a small cake) because CS prices were triple. We went through a lot getting that other cake, and if I had known Adam would have thrown one in, it would have saved so much time and energy. 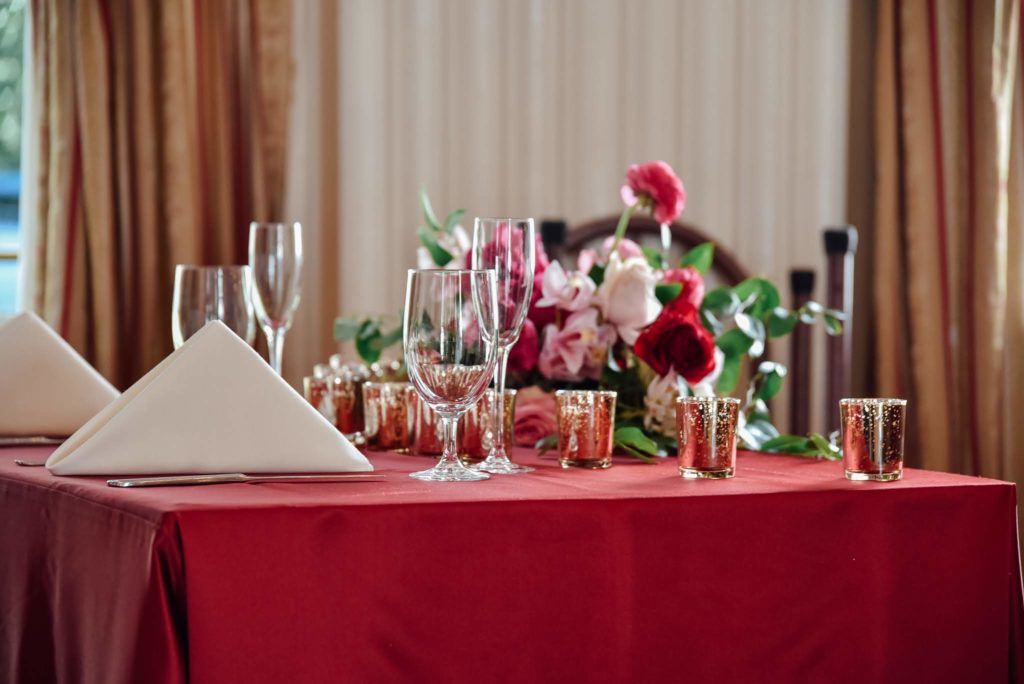 We spent thousands of dollars on renting all the equipment and serving dishes they would need. Down to the containers for the creamers. We had to buy a portion of the items, particularly those that were cheaper to buy than rent. We spent over $10,000 on catering costs alone – meaning the food only, not even including the fruit and cake, and not including drinks which we provided separately.

I am not confident that they would be able to handle full service catering, which would include going into many details outside of food, like linen colors and plate styles. The worst part is that seeing this as purely a business, one that “makes sense” since they are already food vendors, causes the clients to suffer, particularly since the business should be specialized for special, once in a lifetime occasions, that require the utmost attention to detail, excellent organizational skills, and customer service.

The worst part is that seeing this as purely a business, one that “makes sense” since they are already food vendors, causes the clients to suffer, particularly since the business should be specialized for special, once in a lifetime occasions, that require the utmost attention to detail, excellent organizational skills, and customer service.

After the first meeting things seemed to go downhill. I did not feel cared about or valued as a client, or even as a bride. Yes, I had a lot of details – I had a DIY wedding and was in charge of every single detail, so naturally I had specific ideas about the food and about how things would be served, etc. I had a theme. I was made to feel like a burden, was not given the attention needed and yes – a few weeks before the wedding, had an emotional breakdown from how stressful it was to deal with CS. I cried on my bed and felt utterly helpless. This is not something I would wish for any bride – or any person- to have to go through.

I do not recommend CS catering services. The entire time I wished I had gone forward with the new Plates by Terri catering and went for a tasting with them. Recently, we had Terri cater an event at my job and they were an absolute pleasure to deal with.

I wish CS the best of luck and hope they either restructure the way they do things, and remember that customer service is the most important thing when it comes to wedding catering, or focus their energy instead on the success of their brick and mortar locations. 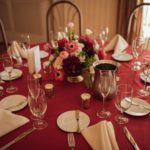