I recently got engaged and spent quite a bit of time online looking for an “eco-friendly” engagement ring. I have always felt uneasy about diamonds, not only because of the history of blood diamonds, but because of the hard labor involved in mining them.

But diamond is my birth stone, I’ve never owned one before and I really wanted my engagement ring to be my only diamond ring. So I set out to find out if “ethical” diamonds exist. For me, that meant that the diamond was produced with fair trade labor standards, and didn’t have a negative impact on the environment.

Every post I came across mentioned conflict-free diamonds as being eco-friendly, but I didn’t see what fair labor standards had to do with the environment. I began looking at Canadian diamonds, touted as the “most eco-friendly” diamonds available. I didn’t do too much research and took the internet on it’s word (note: don’t do that), and chose a beautiful, flawless center stone from Brilliant Earth for my dream ring. As luck would have it, there was an issue with the payment, and the diamond was put on hold for me as the issue was being resolved.

During that time, a co-worker mentioned something about Canadian ecology which prompted me to do a little research. I came across several published studies looking at the impact of the two major diamond mines in Canada. As it turns out, the mines affect water quality in the area and animal migration patterns.

One study which tracked wolves in the region found that due to human disturbance, wolves were less likely to return to the area of the mine which may threaten their reproductive success [source]. There are also several aboriginal groups that live close to the mine and use mine land whose quality of life is affected by mining [source]. Aboriginal tribes have historically been excluded from projects that utilize resources on their ancestral lands. In fact, it is even suggested that the Canadian diamond mining industry is part of the continued colonization of the indigenous peoples of the land [source].

Brilliant Earth and other companies that sell Canadian diamonds are quick to highlight that the labor is “fair-trade” and even unionized. While I was glad to hear that, I was still uneasy about the difficulty of the work, particularly in Canadian sub-zero temperatures. It appears that it is not as easy to find local labor and companies may be looking at an influx of migrant workers. Some other issues are the difficulty of the labor work itself on families, as well as the downside to the new income generated by workers, which may cause social tensions and increased amounts of substance abuse and violence. The shift-work patterns also disrupt normal social rhythms, taking parents away from children and elders for weeks at a time [source].

Explosives are used to blow up the rock to get to the underlying gems [source], and serious concerns have been raised over toxic run off and toxicity as well as mortality to fish as well as fish eggs [source]. The Canadian Arctic Resources Committee compiles and monitors information about the impact of the mines on Canadian ecology. They have noted loss of both fish and land habitat and changes in water quality, as well as increased greenhouse gas production [source]. They note that both diamond mines are fueled by millions of litres of diesel. They also state that twenty lakes have been eliminated and those ecosystems permanently destroyed [source]. Caribou, one of Canada’s most prominent and important species, have also been feeding less near the mines. There seem to be issues with infrastructure regulations as well.

“The infrastructure to support diamond mining is in some ways more of a concern than the mines themselves. Roads, airstrips, and power plants all have implications for the viability of diamond mines, and also their sustainability. A winter road stretching hundreds of kilometres north from Yellowknife to the barren lands has just been renewed for another thirty years, despite never having undergone a rigorous environmental assessment.” 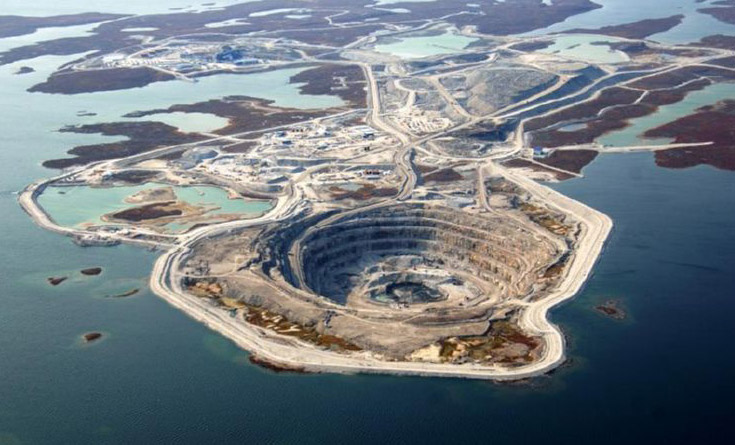 Any online store selling Canadian diamonds refers to rigorous environmental standards, but the CARC says much more needs to be done. Once I learned about the environmental impact and came to terms with the reality of the diamond industry in Canada, it was not difficult to cancel my order at Brilliant Earth. I am sure some readers will point out that nearly everything we buy has some environmental and social impact, but it’s about making conscious choices whenever possible. I know that I wouldn’t be able to buy a Canadian diamond and enjoy wearing it, especially knowing the impact it has on the various ecosystems of the area. One website I came across, which was critical of diamond mining, asked how we could expect something to be good for the environment when the process essentially blows up parts of the earth and removes essential minerals. But what about other “eco-friendly” diamonds and diamond alternatives? 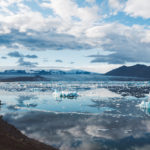